“The betterment of the world can be accomplished through pure and goodly deeds, through commendable and seemly conduct.” — Bahá’u’lláh

The Bahá’ís of Vancouver come from all backgrounds and walks of life. We are united by the teachings of Bahá’u’lláh, the Founder of the Bahá’í Faith: that there is one God, one human race, and one evolving religion. The purpose animating that religion, in the words of Bahá’u’lláh, is “to safeguard the interests and promote the unity of the human race.” Bahá’ís see humanity as a single people who live in a shared world and have a common destiny; “the earth is but one country, and mankind its citizens.”

The members of the Bahá’í community seek to apply insights from the study of Bahá’í texts to their lives and to the needs of the world, following cyclical patterns of consultation, action, and reflection. The Bahá’í community and its friends are engaged in a wide variety of community-building activities in neighbourhoods throughout Vancouver. These activities are designed to assist us, our families, and the communities in our neighbourhoods and the city at large in the spiritual search for truth and in the effort to build a better world.

The Bahá’í Faith is an independent world religion that was founded in Persia (today Iran) in 1844. The Faith’s central theme is that humanity is one family and the time has come for its unification into a peaceful global society. 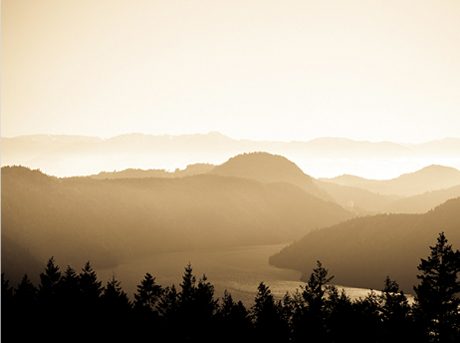 Bahá’í communities around the globe work alongside like-minded individuals and groups to become a force for positive change, applying insights from the Bahá’í teachings to promote the establishment of a peaceful global society based on strong and healthy communities. We have a global vision but act with local attention and care.


“Let your vision be world-embracing, rather than confined to your own self.” —Bahá’u’lláh

Bahá’ís represent diverse cultural and ethnic backgrounds and walks of life, and the Faith has spread throughout the world. It has been present in Canada since 1902, with about two dozen Bahá’ís in Canada as of 1912 and about 30 by 1931. The first native person to become a Bahá’í in Canada was Melba Loft (neé Whetung), a Chippewa, in 1938. By 1951 the Faith had been embraced by its first Inuit believer. The 1960s and ’70s saw the enrollment of large numbers of people into the Bahá’í Faith, and it continues to grow. Today there are about 5 million Bahá’ís in the world, 30,000 in Canada, and about 600 in Vancouver.


“Set your faces towards unity, and let the radiance of its light shine upon you.” —Bahá’u’lláh

Bahá’u’lláh taught that there is one God Who progressively reveals His will to humanity. Each of the great religions brought by the Messengers of God—Moses, Krishna, Buddha, Zoroaster, Jesus Christ, Muhammad, and others—represents a successive stage in the spiritual development of civilization. Bahá'u'lláh, the most recent Messenger in this line, has brought teachings that address the moral and spiritual challenges of the modern world.

We invite you to learn more about our Faith—its perspective on the past, its understanding of the present, and its vision for the future. For more information about the Bahá’í Faith and its teachings, visit Bahai.org. To learn about the life of Bahá’u’lláh, the Faith’s Founder, visit Bahá’u’lláh.org.

You are also invited to learn about the Vancouver Bahá’í community by participating in our events and community-building activities, to whatever degree you feel comfortable or able. Contact us for more information.

The Spiritual Assembly of the Bahá’í of Vancouver

For information on Bahá’í books, Institute Material and books in general about the Bahá’í Faith in many languages, please visit or contact the the Vancouver Bahá’í Bookstore & Information Centre.

You can also order Bahá’í books online from the Canadian Bahá’í Distribution Service or download free e-books from BahaiEbooks.org.

Bicentenary of the Birth of the Báb (Vancouver, British Columbia, Canada) Sep 23, 2019

ABOUT THE BAHÁ'ÍS OF VANCOUVER

The Bahá’ís of Vancouver come from all backgrounds and walks of life. We are united by the teachings of Bahá’u’lláh, the Founder of the Bahá’í Faith: that there is one God, one human race, and one evolving religion. Bahá’ís see humanity as a single people who live in a shared world and a one common destiny; “the earth is but one country, and mankind its citizens.”